The unexpected benefits of cannabis legalisation in the United Kingdom 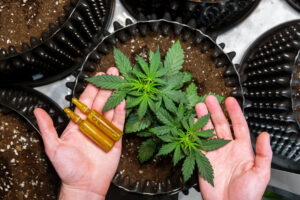 The history of marijuana in the United Kingdom consists of ups and downs, but mostly racist overtones.

It wasn’t always viewed as a sin or a harmful drug as the first official mention of marijuana was in a medical article published in 1843, labeling it a ‘wonder cure’. Multiple benefits were listed, such as relief from joint pain, cholera, tetanus, nausea, headaches and so on. Meanwhile politicians were banning the drug in British colonies such as Mauritius in 1840, and Jamaica in 1913, in order to control the labouring class, and sentiment began mounting about the social influence among people of colour, leading to its international ban in 1928. Public pressure caused CBD oil to become a legal substance, and marijuana a schedule 2 drug in 2018. Now the public is calling out for the government to look at how countries like Portugal, Uruguay and Canada are handling the legalisation of marijuana for recreational use and are pleading for the UK to follow suit.

Growth of a brand-new economy

One of the influences for the consideration of the legalisation of recreational marijuana use is the positive impact it would have on the economy. In America, the legal sale of marijuana is a thriving industry. Throughout the many states that have legalised its recreational usage, it is calculated to be worth about $24.1 billion. This indicates that the legalisation of the recreational use of marijuana could significantly boost the economy. Evidence of this can be found in Amsterdam, a thriving tourist city, and the production of marijuana alone adds €4.8 billion to the economy. Another city to look at for statistics is Colorado which made the recreational use of marijuana legal in 2014, turning the city into a cannabis tourism hub. The tourism industry alone made $2.6 billion in 2015, and the city has now been dubbed a “pot paradise”. Every country which has legalised marijuana has seen a sharp increase in the number of jobs available and a significant decrease in unemployment. This employment doesn’t just include the people selling cannabis there are countless other jobs formed for example head shops employ many employees in Amsterdam, the hotels who see the increase in tourism.

Easing of the National Budget

Another possible benefit of the legalisation of the recreational use of marijuana is the ease it will provide to the national budget. It is estimated that the illicit marijuana trade in the United Kingdom generates £2.6 billion every year, while efforts and resources spent on seizing marijuana and prosecuting those in possession amount to over £1 billion. A sizable portion of the national budget is used treating individuals suffering from the consequences of consuming low-quality marijuana which can be found throughout the UK, despite a 5-year sentence for possession. The money that is currently being lost to the black market or used for seizures and prosecutions could be better spent creating an infrastructure designed to legally farm and sell slightly less potent marijuana of higher quality. The money could also be used to fund prospective business wanting to sell legal medical marijuana, such as Eaze, an American medical marijuana delivery company, which began with only 4 employees and eventually became worth over $52 million.

A reduction in crime

One of the biggest claims from the opposition of legalising marijuana is that there will be an increase in the crime rate. However, the statistics from countries which have previously legalised the recreational use of marijuana demonstrate the exact opposite. In countries such as Portugal and others, crime rates have decreased, especially those related to theft and violent crimes. There has also been a reduction in the number of people driving under the influence of alcohol. Gang violence and smuggling has also been reduced since a popular product is now available for legal purchase, and it is no longer necessary to go through illicit channels.

Based on statistics and analysis from the countries which have legalised marijuana in the past and recently, there is a strong claim that the economy of the UK can significantly be boosted as a result. Not only will there be economic benefits, but societal ones too. From an increase in employment, to a reduction in crime and violence. It is worth noting that a strong and well-thought out infrastructure will need to be created, as well as regulations to protect the mental health of those who consume marijuana. Policies and strategies should also be created to prevent a possible increase in addiction, although studies show no increase in countries which have previously legalised.

Read more:
The unexpected benefits of cannabis legalisation in the United Kingdom