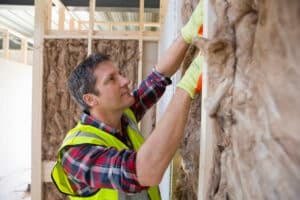 Two thirds of small and medium-sized builders have reported falling or stagnant workloads, denting the recovery seen after the first national lockdown.

The slowdown was largely driven by a drop in activity in the industrial and commercial sectors, where 40 per cent of builders reported lower workloads. The quarterly survey also found that employment was lower, with 23 per cent of builders struggling to hire carpenters and joiners and a further 22 per cent struggling to recruit bricklayers. A cut in the availability of European Union labour in future is expected to add to the pressure on accessing labour.

Brian Berry, chief executive of the trade association, said: “While some seasonal variation is expected in construction, due to the difficulties of working outside in wintery conditions, drops across workload, inquiries and employment are concerning.”

Overheads are also rising, with 82 per cent of builders reporting price increases in the run-up to the trade agreement between the UK and the EU. Prices have also increased as a result of supply chain issues caused by the pandemic.

The Federation of Master Builders is calling on the Treasury to use the budget next week to cut VAT on home improvements and extend the stamp duty holiday. It also wants government to extend an apprenticeship grant uplift beyond March.

Berry said: “Given that nearly one in four builders is struggling to hire bricklayers and carpenters, the government should be encouraging people looking for new opportunities to consider the construction industry. However, builders need greater support to train while contending with rising material prices.”